Phylogenetic and taxonomic studies on the genera Penicillium and Talaromyces 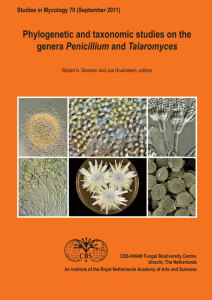 Species of the Trichocomaceae occur commonly and are important to both industry and medicine. They are associated with food spoilage and mycotoxin production and can occur in the indoor environment, causing health hazards. Some species are opportunistic pathogens, while others are exploited in biotechnology for the production of enzymes, antibiotics and other products. In this study, the relationship of Penicillium to other genera of the Trichocomaceae was investigated and studied in detail the phylogeny of the genus itself. In order to study these relationships, partial RPB1, RPB2, Tsr1 and Cct8 gene sequences were obtained. Phylogenetic analysis shows that Penicillium is polyphyletic. The genus is re-defined and a monophyletic genus for both anamorphs and teleomorphs is created (Penicillium sensu stricto). The genera Thysanophora, Eupenicillium, Chromocleista, Hemicarpenteles and Torulomyces are accommodated in Penicillium s. str. and new combinations for the species belonging to these genera are proposed. Analysis of Penicillium below genus rank revealed the presence of 25 clades. A new classification system including both anamorph and teleomorph species is proposed and these 25 clades

Species of Penicillium section Citrina have a worldwide distribution and occur commonly in soils. In the present study, more than 250 isolates presumably belonging to section Citrina were examined using a combined analysis of phenotypic and physiological characters, extrolite profiles and ITS, β-tubulin and/or calmodulin sequences. Section Citrina includes 39 species, and 17 of those are described as new.

The taxonomic history of anamorphic species attributed to Penicillium subgenus Biverticillium is reviewed, along with evidence supporting their relationship with teleomorphic species classified in Talaromyces. Following the concepts of nomenclatural priority and single name nomenclature, all accepted species of Penicillium subgenus Biverticillium were transfer to Talaromyces. A list of accepted Talaromyces names and newly combined Penicillium names is given. Species of biotechnological and medical importance, such as P. funiculosum and P. marneffei, are now combined in Talaromyces. Excluded species and taxa that need further taxonomic study are discussed. 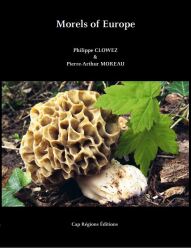 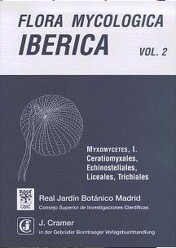