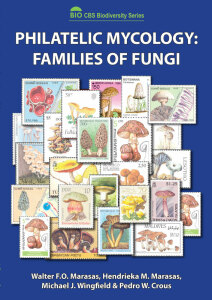 Philately, the study of postage stamps, and mycology, the study of fungi, are seldom connected by those that practice these very different activities. When associated, philatelic mycology would be considered as the study of fungi on stamps. The Fungi touch every aspect of our daily lives, most importantly as the ultimate degraders of organic tissue. They occur in every conceivable environment and importantly, they represent a huge proportion of the yet undiscovered biodiversity on earth. Fungi vary greatly in morphology, ranging from minute, inconspicuous organisms to the large mushrooms and bracket fungi on trees. They also include a wide variety of biological functions such as being human, animal and plant pathogens, saprobes as well as symbionts and mutualists in fascinating and largely unexplored interactions. Fungi also form an important component of our daily diet allowing bread to rise, bringing zest to cheeses, adding alcohol and gas to beers and wines and many are simply delicious in their own right. In this book, the fungi are classified in two major phyla, e.g. Ascomycota (ascopores in asci; the sac fungi) and Basidiomycota (basidiospores on basidia; mushrooms, bracket fungi, puffballs, rusts and smuts). The book catalogues 1000 stamps depicting fungi from various countries. Unusually for philately, these stamps are organised mycologically and thus based on the current phylogenetic classification of the fungi depicted on them. In many cases information is provided regarding the biology of the fungi, the countries in which they occur and the derivations (etymology) of their names. While perhaps somewhat eclectic, this book is a celebration of the beauty of the fungi and the art of philately. 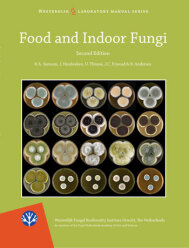 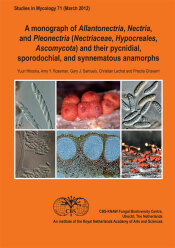 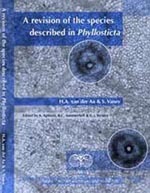