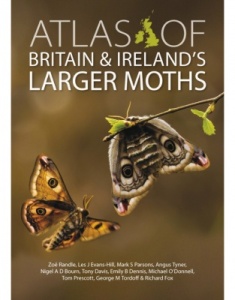 Over 25 million moth records from Butterfly Conservation's National Moth Recording Scheme and Moths Ireland have been combined to produce this landmark publication – the first-ever atlas of all macro-moths in Britain, Ireland, the Isle of Man and the Channel Islands.

The atlas includes accounts for 866 macro-moth species, each with a distribution map showing current and historical occurrences, trends, status, a phenology chart and colour image. A further 25 species, which were former residents, but have not been recorded from 1970 onwards, have a distribution map. Brief introductory chapters detail the long-standing tradition of moth recording and the development of the National Moth Recording Scheme, methods used to collect and analyse the data, an overview of trends since the 1970s and the environmental drivers of change in moth populations and distributions.

Beautifully illustrated with over 800 colour photos, the atlas charts the changing fortunes of resident and immigrant moths with distribution maps showing current and historical occurrences for 893 species, and up-to-date information on status, trends and phenology. 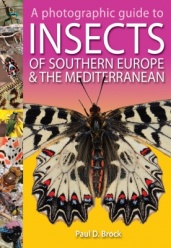 A Photographic Guide to Insects of Southern Europe and the Mediterranean

A Beginner's Guide to Dragonflies & Damselflies of Britain & Ireland-David Chandler

A Guide to Finding Birds in Odessa Region, Ukraine