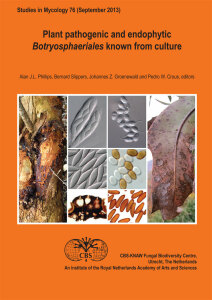 This volume of Studies in Mycology is dedicated to Robert (Bob) A. Shoemaker, who monographed several important genera of Dothideomycetes, and also published fundamental papers revising species and genera in the Botryosphaeria complex. The issue contains three contributions dealing with a revision of the Botryosphaeriales, an order containing plant pathogenic fungi of quarantine and economic importance. In the first paper the Phyllostictaceae is resurrected for Phyllosticta, the generic name chosen over Guignardia for this genus of fungi. By employing a multi-gene phylogenetic analysis on 129 isolates, 12 new species are introduced, while epitype and neotype specimens are designated for a further seven species. One species of interest is P. citrimaxima associated with tan spot of Citrus maxima fruit in Thailand, which adds a fifth species to the citrus black spot complex. Other than the Phyllostictaceae, a further five families are recognised in the second paper, including the newly introduced Aplosporellaceae (Aplosporella and Bagnisiella), Melanopsaceae (Melanops), and Saccharataceae (Saccharata). Furthermore, molecular clock dating on radiations within the Botryosphaeriales, based on estimated mutation rates of the rDNA SSU locus, suggests that the order originated in the Cretaceous period around 103 (45–188) mya, with most of the diversification in the Tertiary period. In the third paper an account is given of all genera and species in the Botryosphaeriaceae known from culture. Included is a historical overview of the family, the morphological features that define the genera and species and detailed descriptions of the 17 genera and 110 species. Keys to the genera and species are also provided, along with definitive DNA barcodes for the species in each genus. 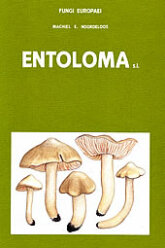