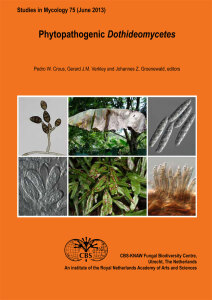 This volume of Studies in Mycology is dedicated to the plant health officers of the world, who are constantly confronted by a range of plant pathogenic fungi that cause devastating diseases of agricultural and forestry crops. Five main groups of fungi are dealt with, namely Alternaria, Cercospora, Phoma, Pseudocercospora and Septoria. In the first paper Phoma sections Plenodomus, Heterospora and Pilosa were reinvestigated, resulting in the introduction of several novel genera and species. The second paper deals with the paraphyletic genus Pseudocercospora; host specificity was considered for 146 species of Pseudocercospora occurring on 115 host genera from 33 countries. From these results we concluded that the application of European and American names to Asian taxa, and vice versa, was often not warranted. The third paper deals with the genus Cercospora, which contains more than 5 000 different species. Isolates used in the molecular phylogeny were obtained from 161 host species, 49 host families and 39 countries. Although some species were found to host-specific, others were isolated from a wide host range. The fourth paper deals with phylogenetic lineages within the genus Alternaria, which was revealed to represent a well-supported node containing 24 internal clades and six monotypic lineages. Several genera were placed in synonymy with Alternaria, for which 16 new sections were proposed. Two papers deal with the genus Septoria, which was shown to be poly- and paraphyletic, leading to the introduction of 15 new genera, and more than 40 new species. Although some species were shown to be highly specific, other taxa were revealed to occur on hosts in more than six different plant families. For all taxa investigated multi-gene DNA data were deposited in GenBank and other databases to expedite future identification of these plant pathogenic fungi. No single locus was found to be the ideal DNA barcode gene for these taxa, and species identification will have to be based on a combination of gene loci and morphological characters. 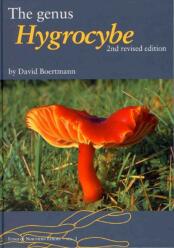 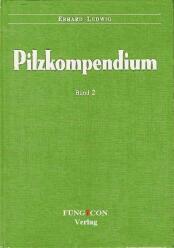 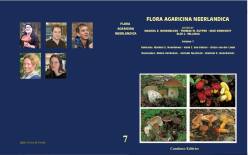