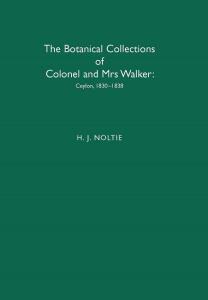 This book is about the pioneering collections made in Ceylon by an intrepid pair – the Deputy Adjutant General of Ceylon, and his Scottish born wife Anna Maria Patton.

A historical introduction provides the context in which these collections were made – at a time of rapid political and environmental change in the wake of the British takeover of the Kingdom of Kandy; biographies of the Walkers and the Patton family are provided. There follows a catalogue of the type specimens of the species described from their collections during their lifetime by G.A. Walker-Arnott, W.J. Hooker, R. Wight and C.G.D. Nees von Esenbeck, which are now in the herbaria of RBGE, Kew and Geneva. The letters written by the Walkers to Sir William Hooker at Kew have been transcribed and included, as have two journals by Mrs Walker of major expeditions made to Adam’s Peak and SW Ceylon. Also included is a catalogue of the detailed analytical studies that Mrs Walker painted, especially of orchids, which are now in the collections of Kew, the Natural History Museum and RBGE. A gazetteer of their collecting localities is given, and a list of the two genera and 66 species of flowering plant named after them. 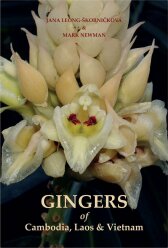 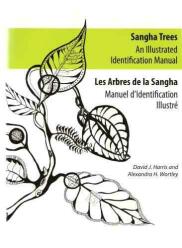 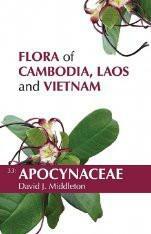